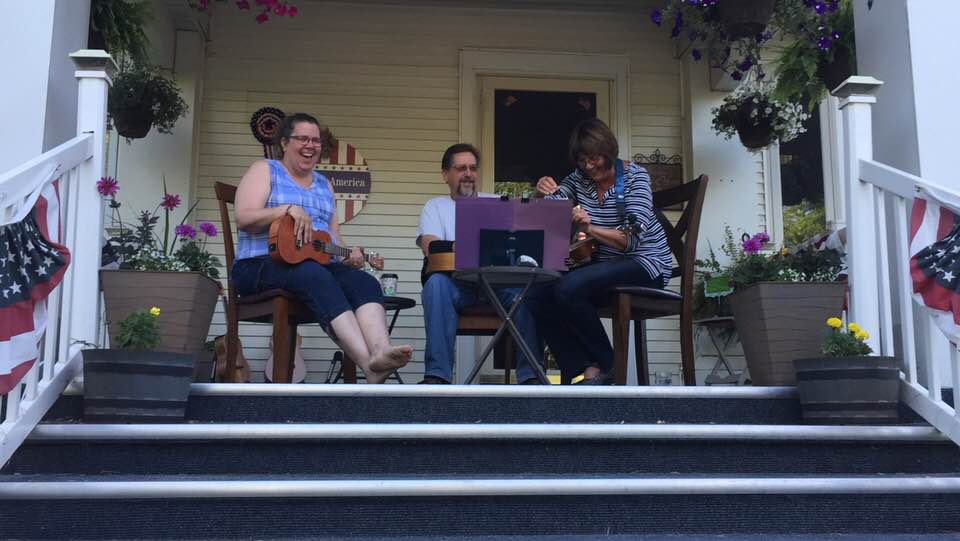 From the time I moved into our house, I thought to myself, this would be a great place to play music for an audience.  Well, it was shortly after that that I began playing ukulele.  On nice days, I would take to practicing on the porch.  My audience was only the birds in the trees.  No one was stopping to listen.  Once my aunt, uncle, and I did played for a couple family members and friends. That was the seed for the vision, that just stayed in the back of my mind for quite a while.

In 2017, I became involved with Marketing Hometown America.  It is a community engagement group to motivate citizens to accomplish things for our town’s betterment.   Prior to this, I didn’t feel a connection to Highmore and nor did I think anyone wanted to hear me thoughts.  Slowly over time, I realized, by sharing my ideas, I could have an impacted on things.  I began to think about the things we could do here and make a difference.

Around this same time, about 50 miles north in Faulkton, SD, their arts council was putting a mural on a grain silo.  They were getting attention from around the world from this.  Plus, 50 miles south in Chamberlain, there is an amazing statue called Dignity.  What town happens to be in the middle of both of those two places?  Highmore!  Maybe we could some how encourage travelers to stop in our town on their way to one or the other of these to two attractions.

So, the idea of an arts council came to my mind.  But how was I going to make that happen?  I couldn’t do it by myself.  I needed people.  For some, that would be an easy task.  Believe it or not, talking to new people can be hard for me to do.  By nature, I am a very shy person.  However, over time, I have come out of my shell and am more of an extroverted introvert.

The first person I approached with my arts council idea, was the former art teacher at the high school.  Surprisingly, she said yes and suggested asking the current art teacher.  From there, each person I asked also said yes.  Soon, I had eight members and felt that that was enough to get started.  We had our first meeting in November of 2018.  Since then, we have changed out a couple of people, but we are still only eight members.

In the past few years, our goal has been to do small artistic events to create interest.  So far, we have had crafting nights, photo contests, and a photography class to name a few.  But probably the item that touched my heart the most, has been our music on my front porch nights.  What a joy it is to see my dream come true!

If I hadn’t shared my desire for an Arts Council with someone, it wouldn’t have happened.  Some times, it is hard to have the courage to put an idea out there.  But it can be worth it, I definitely think it is.  When things started to come together, was the greatest feeling and I can’t wait to see what we do in the future. 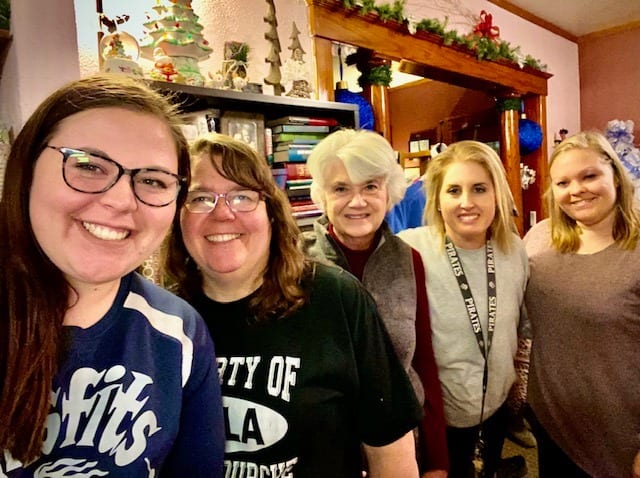 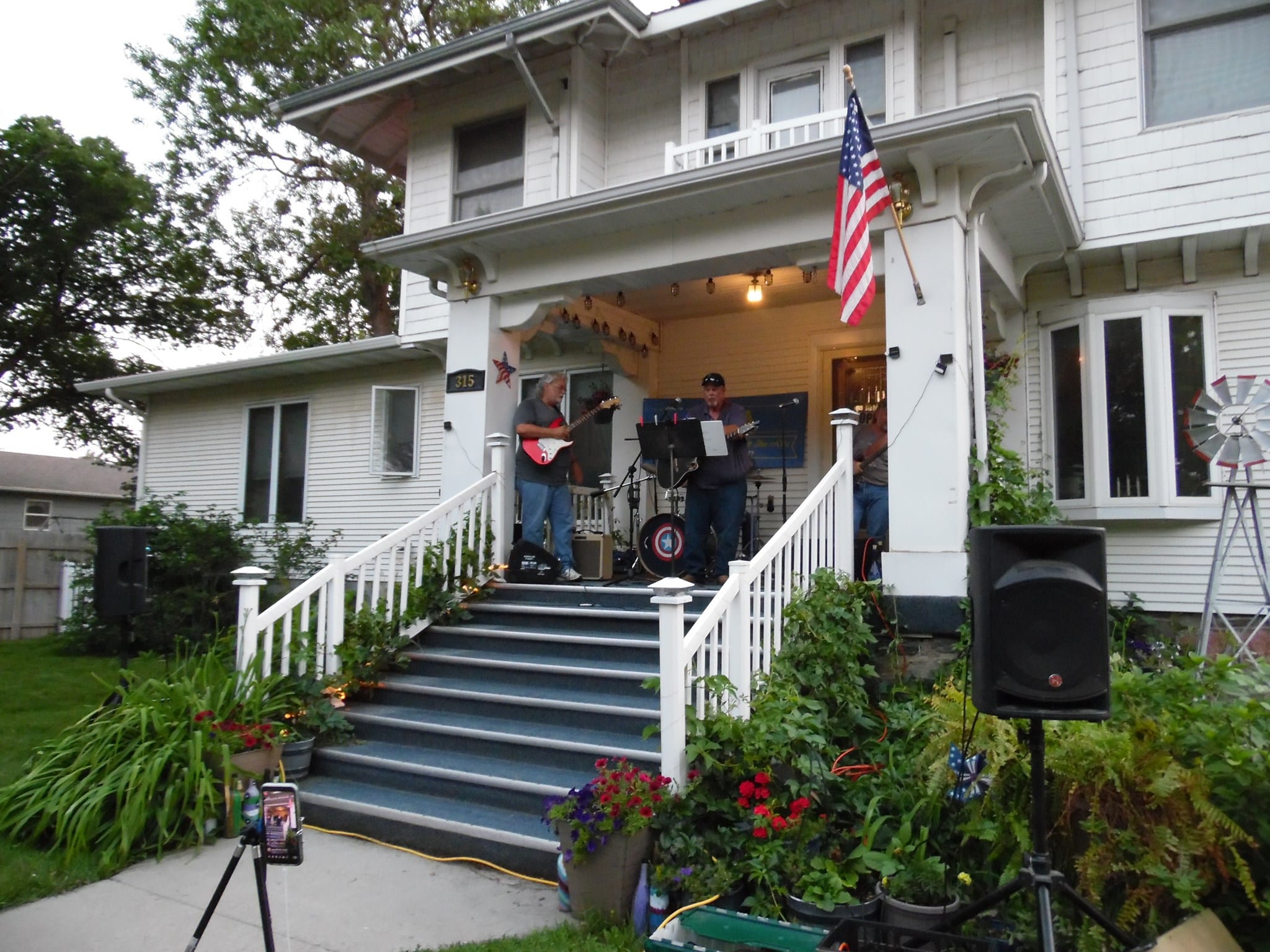 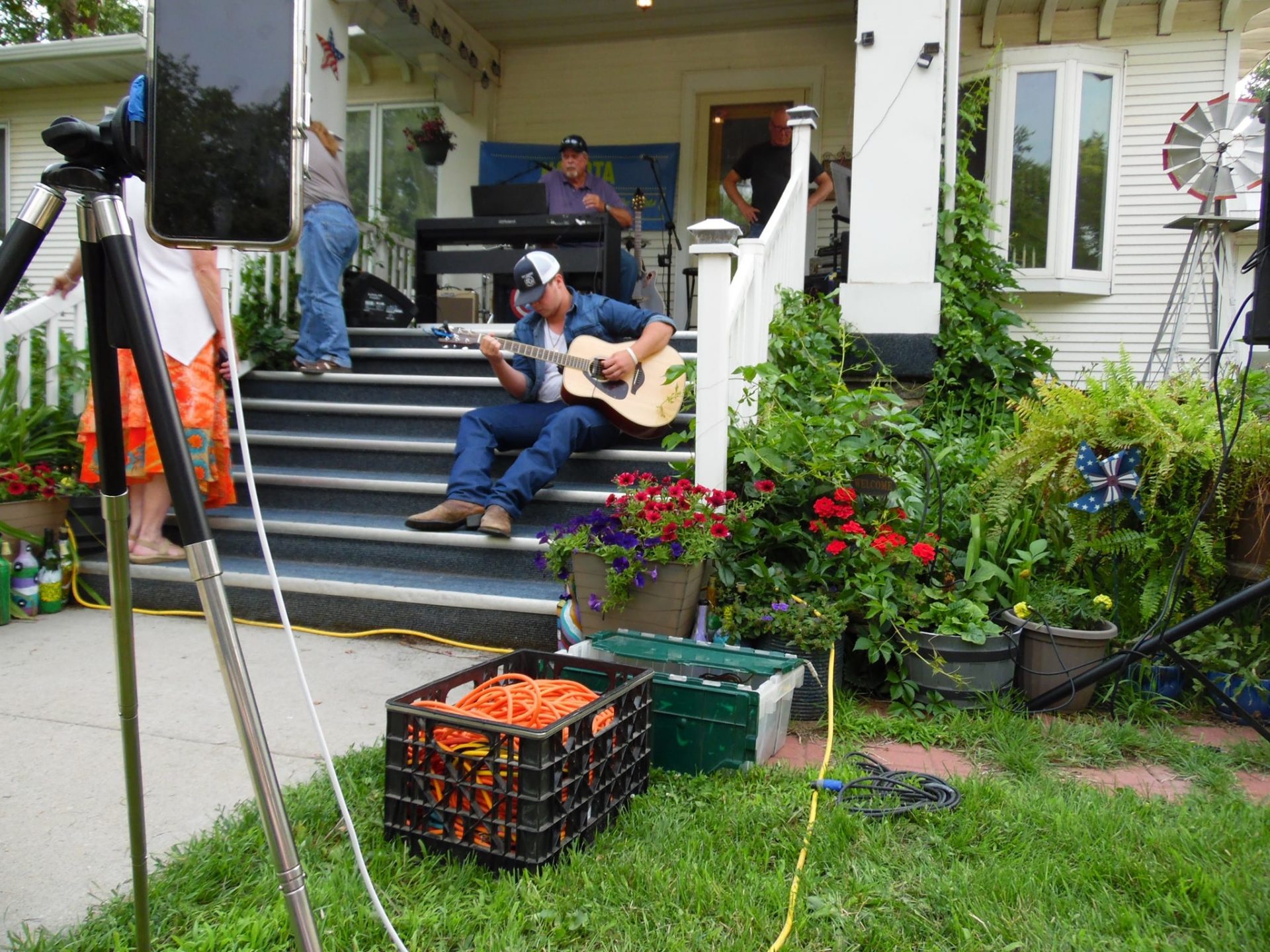 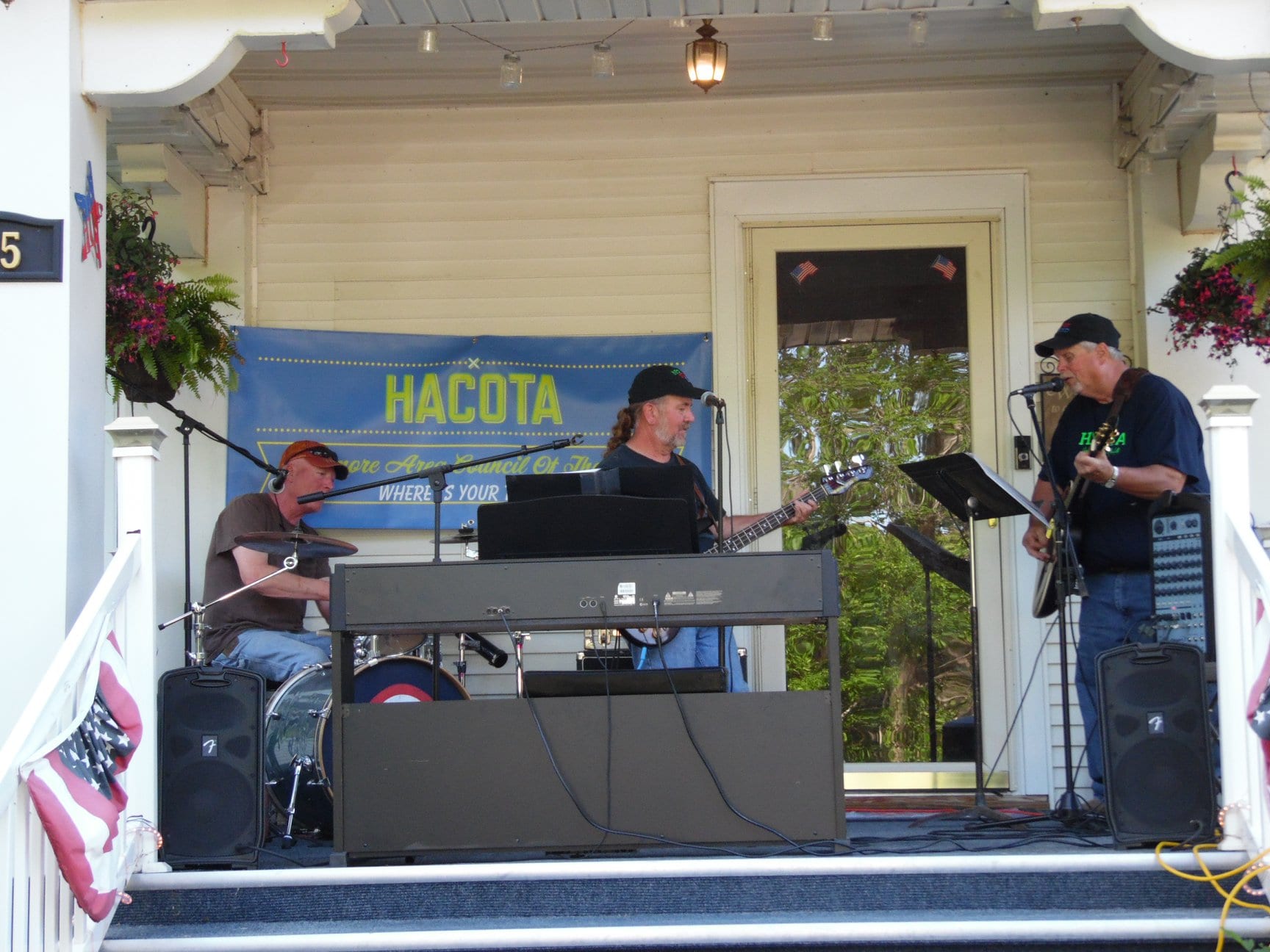 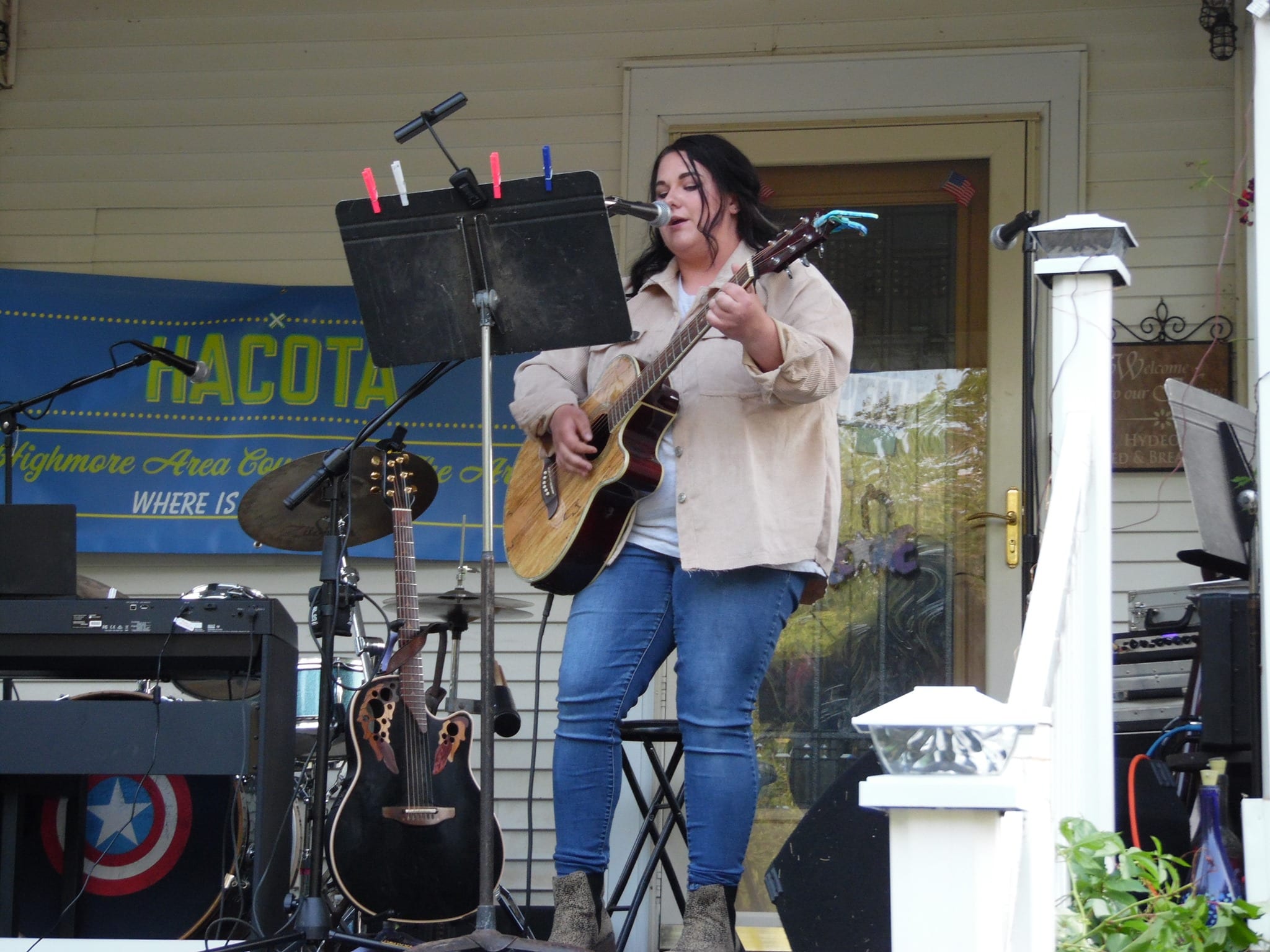 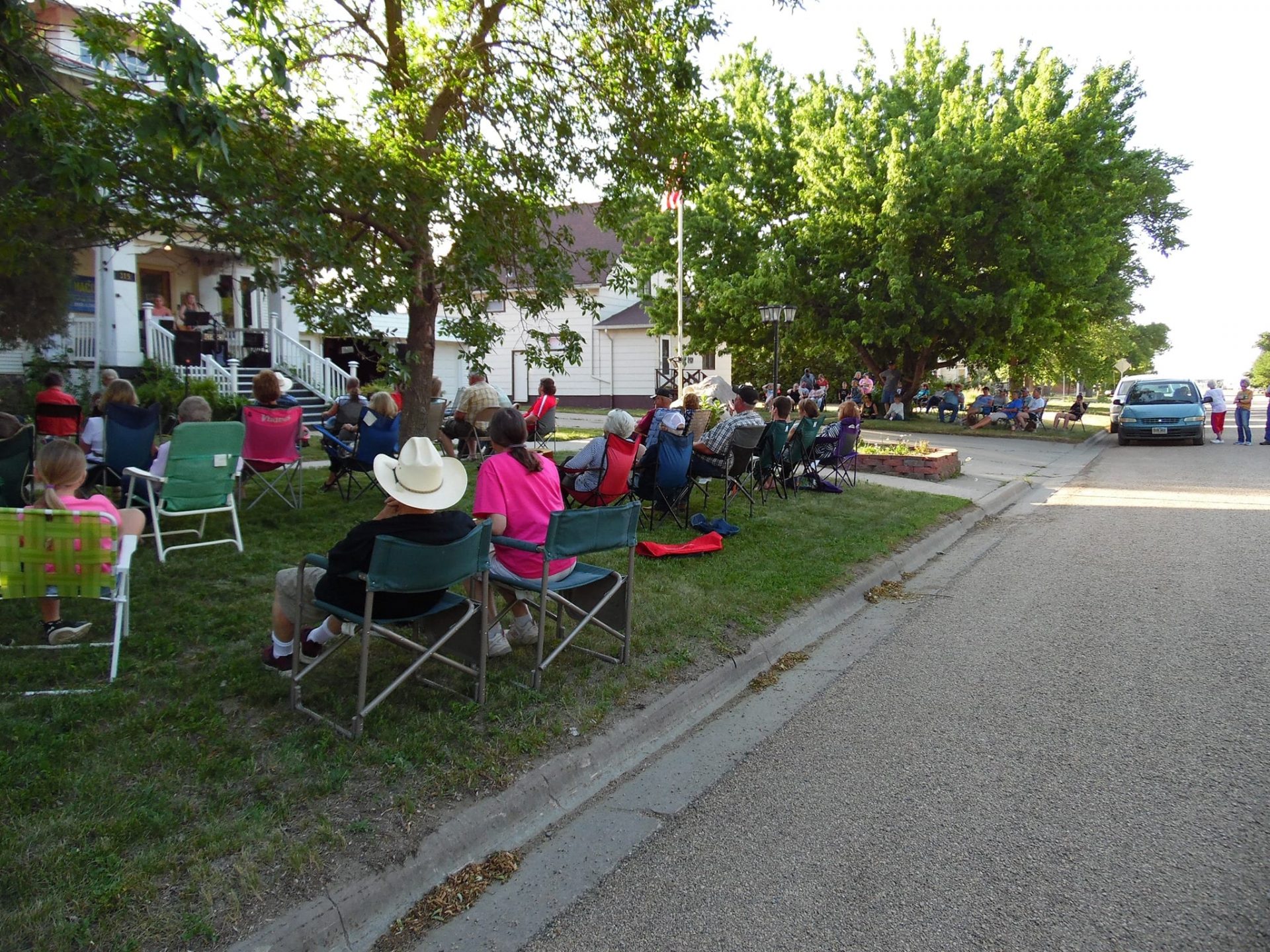