Becoming Involved In My Community – Who Am I? 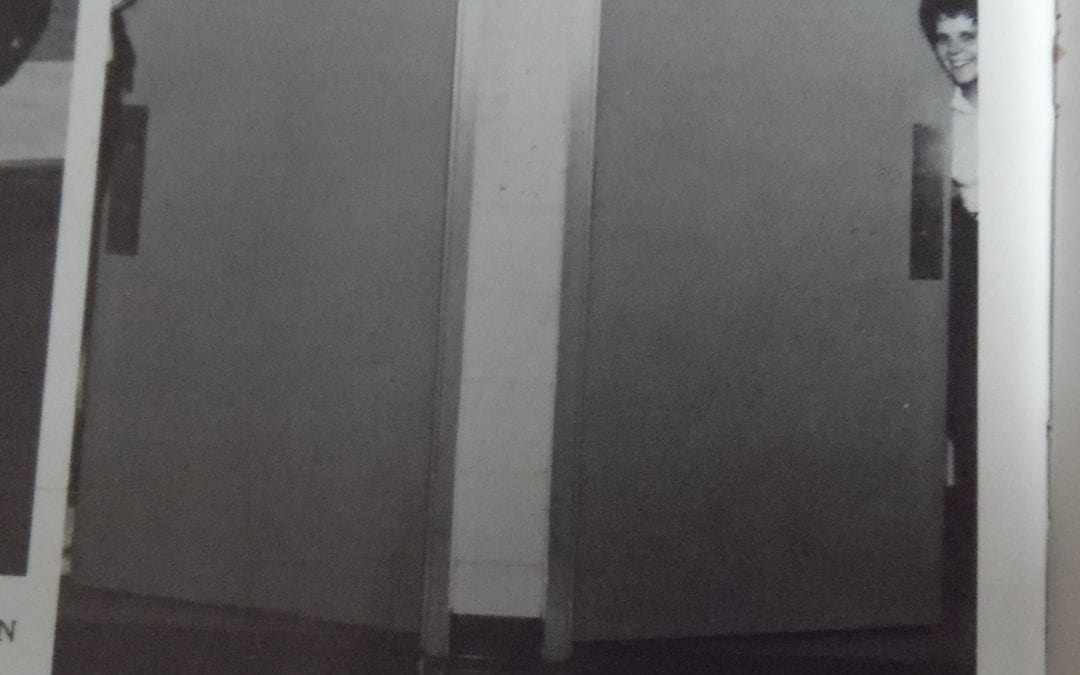 Becoming involved in my community, hasn’t been an easy journey.  In life, we each take our own path.   Some people are natural born extroverts, who can jump in and take part in activities.  Well, that was not me.  By nature, I am cautious and unsure.

For my entire life, I have been shy.  At restaurants, my mom tried to help, by ordering for me.   It terrified me to talk to strangers.  And speaking in front of the class, just made me want to crawl under my desk.  I didn’t want people to judge or laugh at me.  It was obvious to everyone.  In my senior year, I was voted most shy in my class.

This continued on into my adult life.  What does amaze me, is that, I went to college six hours from home.   The first 2 years, I roomed with a high school friend.  The 3rd fall, I returned to school without her, and instead, with a 3 month old son.  We lived by ourselves, and I proudly graduated in 1990.  That was the first time, that I felt, I could accomplish anything I set my mind to.

After a couple of years, I ended up with my husband and small family, back in my hometown.  There, I worked with my mom at her catering business.  Before long, I realized, I had a bit of leadership skills.   During catering jobs, this shy girl was able to, keep things organized, make quick decisions and give directions.  The best part was the employees listened and enjoyed working with us.  It was truly a wonderful time.

Soon, life took us to another town and new opportunities.   Self confidence was something else I was lacking, and it came as a surprise to every time I was hired to be in management.  Which is exactly what happened at Pizza Hut.  Really, it wasn’t that great of a position.  However, I did learn some great management skills.

For a college class, I had done a case study of Wal-Mart.  From that point, it became my dream job.  Finally, in 1998, I had the chance to apply for a job there.  Granted it wasn’t in management, it was as a cashier.  After all, I would never have had the belief in myself to start there.  However, it was the start of a life changing career.  Everything changed for me.  While there, I worked in 4 different stores and held a variety of positions.  From cashier to assistant manager, I pretty much did everything possible.  What an experience it was!  And the knowledge gained, helped me grow as a person.

When I was an assistant manager, it was still very nerve racking to speak in front of everyone.   So, I struggled with that, among other things as an assistant.  After a time, it was apparent, the timing wasn’t right for me to be a member of management, and I stepped down.  Lucky for me, there are many choices of what to do next with the company.  Within a year, I was able to make a move to a brand new store as a department manager.

At the new store, I had a choice to make.  I could focus on my own duties and not help anyone, or I could be a teacher.  These associates had no idea who I was, or what Wal-mart was.  They knew I had been with the company for several years, and they looked to me for guidance.   By being the teacher/leader, made a huge difference in me as a person.  Yes, I was helping others.  But more importantly, I was helping myself with my self-confidence.

Over the thirteen years, that I was with Wal-Mart, I continued to grow.  In fact, some people even found it hard to believe that I was shy.  I was able to overcome my fear of public speaking.  Previously, I could always do one on one training with associates, but large groups were intimidating.  At the end, I was actually conducting large department manager training sessions.

In 2011, I made the decision to leave Wal-Mart.  At the time, I was tired of the 100 miles a day commute.  If there wasn’t that, I probably would have stay much longer.  But that drive was draining, and with the rest of the pressures of retail, it was time for a change.   So, I chose to work from home, selling for a direct sales company.

Next time, find out more about becoming involved in our small community.