The man I never knew 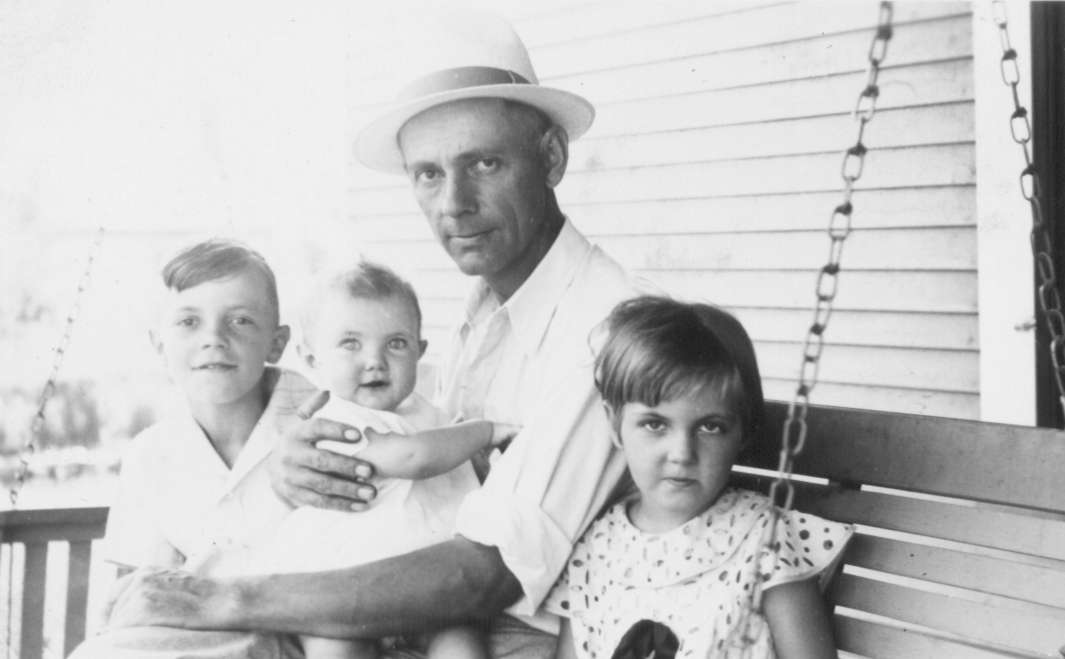 In April of 1967, William Sternhagen passed away.  My entire life, all I ever heard is that, he was an amazing man and that I missed out in knowing him.  From the sounds of it, he must have been the opposite of my grandma, Helen, his wife.  Which means, they balanced each other out.  She could be a hand full.  Honestly, by the time I came around, she was a different version of herself.

Any way, back to grandpa, he was a carpenter and taught my brothers and my dad how to build things.  My brother, Mark, tells how he would take them to the basement and they could just be boys down there.  Apparently, grandma, had some very strict rules for the upstairs of their house.  My brother, Jim, is the one who really learned his woodworking skills the best.  They were lucky to have that time with him and those precious memories.

From what I know, William or Bill, as he went by, was born and raised in Scotland, SD.   In 1917, he was a soldier in World War I.  Then, he married my grandma, Helen, in 1924.  At some point, he worked for a photographer in town.  Because of this, we have many professional/high quality pictures of my dad and his family.

While working for the photographer, he was able to acquire the old German Bank sign.  Back at the start of World War I, the bank changed its name.  The photography business was in the basement of the bank, and some how grandpa got that sign.  When my dad was helping move grandma out of their house in the 1980’s, they found it.  It was hidden way back in their closet.  There was a time when being German was not a popular thing and should be hidden.  Now, I proudly have that same sign hanging in my dining room.  Funny, how things change and are forgotten.

In the house I grew up in, Grandpa built the kitchen cabinets and other woodwork.  The previous owners of our house had hired him.  That made it extra special to me.  Every time I looked at them, I was reminded me of him.  Even when I went to the basement, I felt his presents there.  Okay, it wasn’t the same place that he spent lots of time tinkering in, and my brothers probably told me that his ghost was down there.  But after I would shut off the lights, I would race up the stairs to get away.  Now looking back, it is silly. 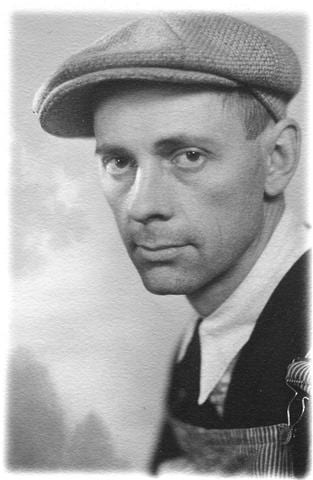 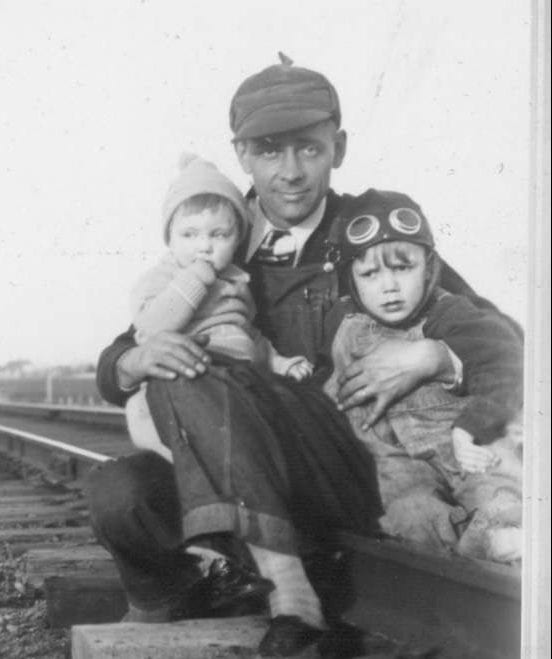 My entire life I have wondered, who was William Sternhagen?  Who was this kind, caring man, who loved my grandma?  Was he like my dad?  Are any of my brothers like him?  Am I like him?  Well, I will never really know the answer to those questions.

However, he may be the reason that I am interested in my family tree and genealogy.  My curiosity about him, lead me to search for information about his family.  Sometimes, I wish I could just ask him all the questions I have.  And he may not even know any way.  After all, my brick wall, as they say, is with his father and not him.  Maybe some day, I will break that brick wall and have all the knowledge I seek.  Until then, I will continue my quest and will remember this man I never knew.  My imagination will continue to create stories of who he was.